Nullifications are linguistic choices used to ‘make something go away’.  They focus on what wasn’t, what isn’t, and what can not be.  Conflict within language is found in the use of nullifications as it is meant to focus on the limitations, problems, or what is missing in a situation.  The foundation of conflict lies in judgement, opinions and making assessments on what is wrong, or in need of change.  It will not recommend innovation or positive change as its structural foundation is in avoidance. 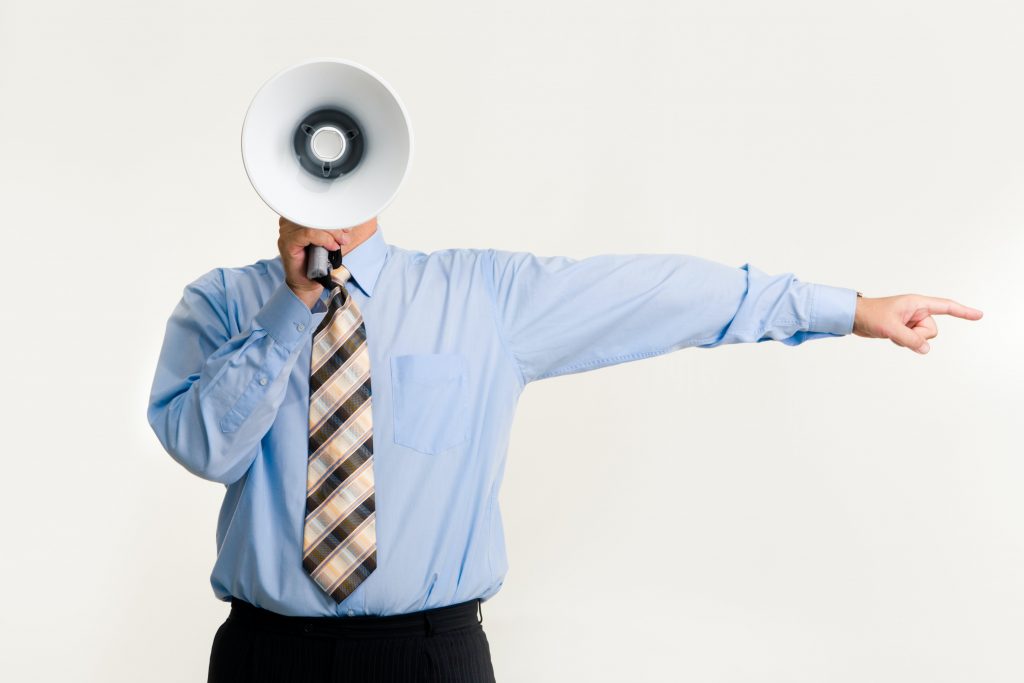 Nullifications include an excessive use of limiting words that create ambiguity, uncertainty and avoidance. They pass off ownership and accountability.  Limiting language will include words such as: like, maybe, probably, could, might and perhaps.  These words are weak or even judgmental and without action.

When you hear someone say they ‘have to’, or ‘need to’ do something, it is often implied as something that is ‘being forced on them’.  Naturally, they select the words, but internally will resent the application of the statement.  When in a team environment, listen deeply to how often these terms are used in conversations, and then observe possible frustration or resignation in body language cues that will further convey what the person is actually thinking.  The chapter on body language and non-verbal communications will visualize this further.

The word ‘try’ is another limitation found in many conversations.  Correction lies in the difference between ‘try’ and ‘do’.  If someone explains they will try to accomplish a task, you may simply request if they are declaring they will, or will not complete the task.  The word try is often used to reflect accountability and ownership.  You may be amazed how many times you will hear this word in language moving forward.

Nullification statements can place exclusive emphasis on short term pain or the difficulty of getting started.  They completely ignore the consequences of long term goals.  Limiting talk and nullifications, when left uncharted can create deep resentment with other people and relationships.  They lack ownership, action, accountability and commitment.

You will have access to opportunity when some someone declares they ‘think’ a certain way. Does someone think or actually know?  This question will certainly advance the ownership needed for most interactions.

When nullification language is applied, deflections are assigned outside of yourself onto others.  Deflections typically begin with phrases like you, he, she, or someone’s name.  They will not include the owner, you.  Deflections will assign exclusive responsibility to someone outside of yourself.  They are dangerous because they confine us to a single perspective, limiting any chance of internal analysis or change. Nullifications focus on what wasn’t, what isn’t and what can’t be.  Words like can’t, won’t, isn’t, not, don’t, haven’t, hasn’t and shouldn’t focus the mind on what it is trying to avoid.

This type of conflict language will inevitably create a disempowered environment of misunderstandings, ambiguous goals and erratic performance.  With so much attention being given to employee engagement and morale today, studying language in your workplace has never been as important; and a great place to start when driving change.

The Buddha was correct in saying, “With our thoughts we make our world.”  The same could be  true with the words and vocabulary we choose, and how to advance or limit growth.

A more dangerous version of nullification vocabulary includes judging language and will can be very dangerous when applied. Judging language exists deeply in opinion that includes ‘either’ or ‘or’ words that defines a person or situation as being categorically one way or the other.  The words ‘always’ and ‘never’ are common in judging language.  You may hear people reflect judgement in terms such as, “That’s just like,” or “We’ve tried that before.”  There are softer word choices to apply such as sometimes, occasionally and rarely, yet they are still opinion-based and should be avoided.

When used in daily conversations, judgement words and limiting talk can cushion conflict conversations and help prevent misunderstandings and indecision in the short term.  In the long term, this vague and confusing language undermines our ability to communicate strategically and wastes countess amounts of time.

As a sense of urgency is one of the main key foundations of leading change, you will see why more direct and committed conversations are required now more than ever.

Nullifications in your self-talk and reflections can prevent you from interrogating reality, seeing the truth and getting rid of emotional baggage.  It can be found as the underlying conditioner and structure for a lack of confidence or even an imposter syndrome. Recalling painful memories using nullifications will only ensure that the broken record keeps playing over and over again.  When nullifications are applied the brain just continues to focus on was isn’t and can not be.

“I don’t deserve this.”
“It’s not like I am just wasting time.”
“I am going to have conflict with certain people on this team.”
“I don’t want to worry all the time about money.”
“There is no way I could join a sports team, I am out of shape.”
“I can not do that project because it will be too difficult.”
“There is a chance I could fail in this new role, why even try?”

The mind in this instance is far too focused on what it is trying to avoid.  This avoidance, over time turns into limiting self-owned stories that determine the world view from which beliefs and thoughts preside.  There is no new room for new data to enter into the picture as the stories that dominates in the mind will actively re-interpret old memories to fit into the current narrative.  When you view the world through your stories, the mind works to edit out any incompatible information.  Often our stories are dangerous because they are brief and all-encompassing short nullifications that are constantly looking for information compatible to what we already know.

This is the real reason innovation and change within organizations is so difficult.  Most team members are busy listening on behalf of nullifications and interpretations based on the past.  Little to no time is spent in discovery and experimentation because it can be uncomfortable to people who are seeking a path of least resistance and being correct or justified.  People desire to be right, not vulnerable.

Deflections, as mentioned earlier, are used to assign exclusive responsibility to someone outside of themselves for who they are and who they are required or requested to be.  They deflect ownership, responsibility and accountability.  Whether it is with customers, colleagues or with invisible market influences, our professional lives are filled with opportunities to delegate actions and accountability.  You will observe this in meetings when someone gestures they could not live their commitments because of someone else or another factor.  The blame game is found here, one of the most dangerous indicators of limiting culture.

The word ‘busy’ is a classic deflection.  You are busy doing what?  What does being busy actually mean?  We are all busy.  Is busy an excuse or meant to be a sense of accomplishment?  Words such as being efficient and effective used instead of busy sets a new context into motion.  Give it a try at your next meeting.

Deflection statements typically begin with words like they, he, she, you or someone’s first name.  There is not a more toxic and damaging word in an organization’s culture than ‘they’.  The word ‘they’ represents conflict and blame like no other word.  Being aware of this will now open your radar for hearing for action with your team.

A version of deflections may also be conditional, in that we assign reasoning to circumstances outside of our influence and control.

“We would be more successful if only the marketing team would get their act together.”
“We would be able to hit our targets if only the economy was stronger.”
“We are not provided enough leads.”
“If only the finance team did their job.”
“The reason we can not achieve this project is because we do not have the tools.”
“They are the reason this will not work……”

Deflections will always create conflict language or ‘us versus them’ scenarios.  Conflict language will often activate and maintain a nervous system reaction of ‘flight, fight or freeze’.

Fight. Verbal abuse aimed at an external source.
Flight: Sprints away from any personal responsibility.
Freeze: Stops everything to engage in blame instead of solving the problem, hiding from accountability.

Observing these reactions with others will give you access to adjust the conversation and encourage others in the safety and transparency possible in adjustment.  If people still resist this invitation, you have much more work to do to build the trust and comfort within the team.

You can lead the change starting with the dialogue and language people use to apply automatically in most cases.  The first step is allowing people to see the limitations of the conversation in the moment and inviting them to a new reality.

Remember to anchor this step within the importance of the vision and goals of the organization, the team and even the individuals on the team itself.

If you want to build your presence, impact and influence, lets talk today